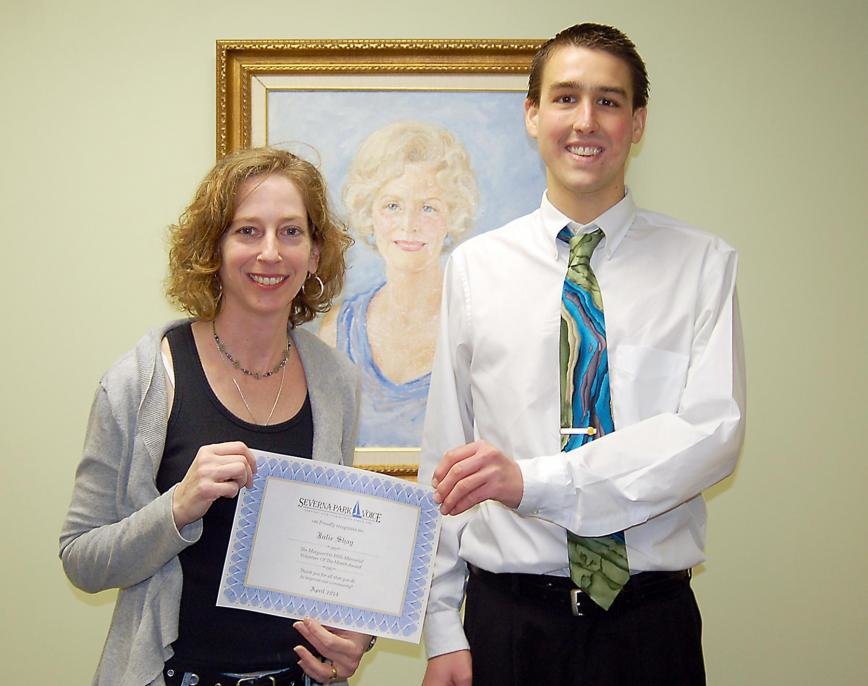 “When she lived in Panama, she noted people used resources to their fullest; when she moved to Germany, she learned residents there recycled everything; when Air Force wife Julie Shay relocated to Maryland, the West Severna Park resident noted the majority of people around her had so much stuff, she began to devise a way to connect those resources with people in need.

“Established in 2006, Shay’s Good Neighbors Group aims to bridge the gap between local needs and resources with the assistance of a 425-member network of community members and organizations (otherwise known as good neighbors) Shay has built relationships with over the years. Together, they have met needs locally and globally, including supplying groceries for Annapolis families, prom dresses for students at Broadneck High School, shoes and school supplies for children in Honduras, clothing for local residents in need, a bicycle for a homeless man in Annapolis and more.

“’The problems that are around are so gigantic, but when you break them down into small pieces, people feel they can better respond to a need and work toward a solution,’ Shay said, explaining she reaches out to her 425 volunteers for items such as sheets, toiletries and any little thing that can meet a local need. Additionally, Good Neighbors Group partners with local outreaches such as the Light House Shelter, Agape House, HOPE For All and We Care and Friends, as well as Anne Arundel and Baltimore City schools, to broaden its impact.”

In addition to redistributing resources, the wife and mother of two enjoys rescuing them: Noting that local landfills are filled with items that don’t have to be garbage, Shay illustrated she salvages things such as fabric scraps from an area interior designer that she passes along to art teachers and crafters. When a hurricane caused extensive damage to part of Temple Beth Shalom in Arnold nearly a decade ago, Shay and a friend were able to help its members recycle furniture, school and office supplies, appliances and more.

More than anything, Shay has enjoyed the connections and friendships she has made collecting and delivering items and expanding Good Neighbors’ network of contributors. “I have found such generosity. When people step up to help me, or they expand on an idea, or they do something that’s beyond what I’m asking for, it just makes my heart grow,” Shay said with a smile. “It’s amazing; I am so touched by what people do.”

Good Neighbors Group collected school supplies and health and hygiene items throughout February for children in Honduras. In April, Shay is soliciting small toiletries and cosmetics for Curtis Bay-based Safe House of Hope, a shelter for women involved in sex trafficking, through Good Neighbors’ partnership with U Empower, a similar but larger organization established by the owner of Café Mezzanotte.

On Saturday, May 31, Good Neighbors Group will host its second-annual quarter auction at 6:00pm at Opportunity Builders Inc. in Millersville, this year to benefit The Maryland Animal Sanctuary & Rescue Organization. To learn more about this or other events, or to find ways to partner with Shay in bettering the community from Severna Park across the globe, go to www.goodneighborsgroup.org or like the organization on Facebook.

Good Neighbors Group strengthens communities by sharing opportunities that have a positive social and environmental impact.

We’ll let you know about ways to be a Good Neighbor by sharing service opportunities, events and ways to help in the community. Don’t forget to follow us on Facebook, Twitter and Instagram, too!